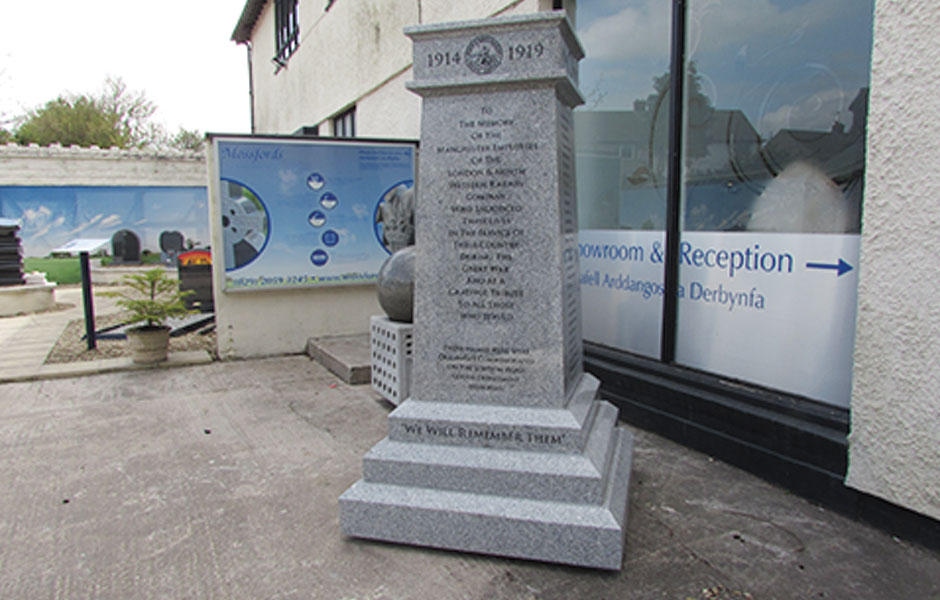 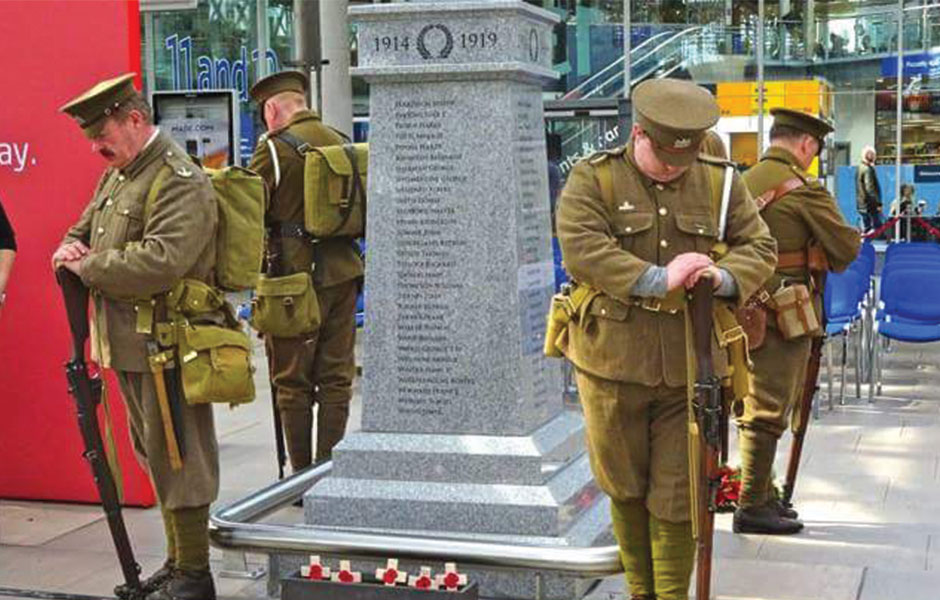 War Memorial Restoration Co has recently been given the honour of creating a new memorial for Manchester Piccadilly train station. Originally, a bronze plaque was fitted at the train station to commemorate the 87 employees of the London and Northwest Railway Company who lost their lives during World War I. At the time Manchester Piccadilly Station was still known as London Road Station and therefore the plaque was known as the London Road Goods Department Memorial. This plaque not only contained the names of the railway company’s employees, but also honoured all 580 men from London Road who served during the war.

During the 1960’s, London Road underwent a redevelopment into Manchester Piccadilly, it was during this time that the plaque was lost and never recovered. Luckily, a photo of the original memorial had been found which has allowed the names to be accurately replicated. The replacement memorial has been carved from the finest Karin grey granite, measuring 80” by 42”, and features carved and hand finished lettering of the names of the 87 men who tragically lost their lives.

The memorial now proudly sits on Platform 10 of Manchester Piccadilly, which is owned by Network Rail. The station is most commonly used by Virgin Trains and accommodates up to 25 million people per year.