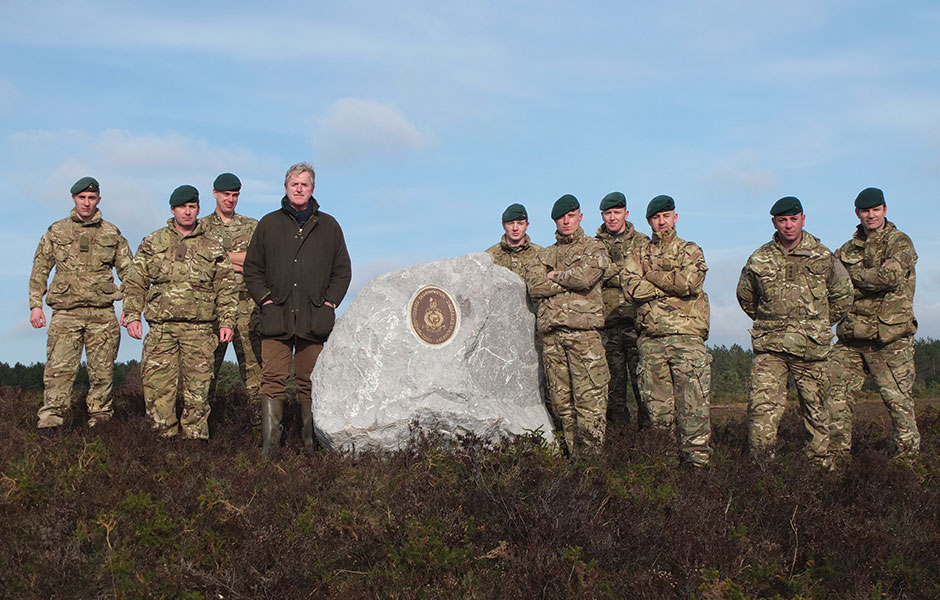 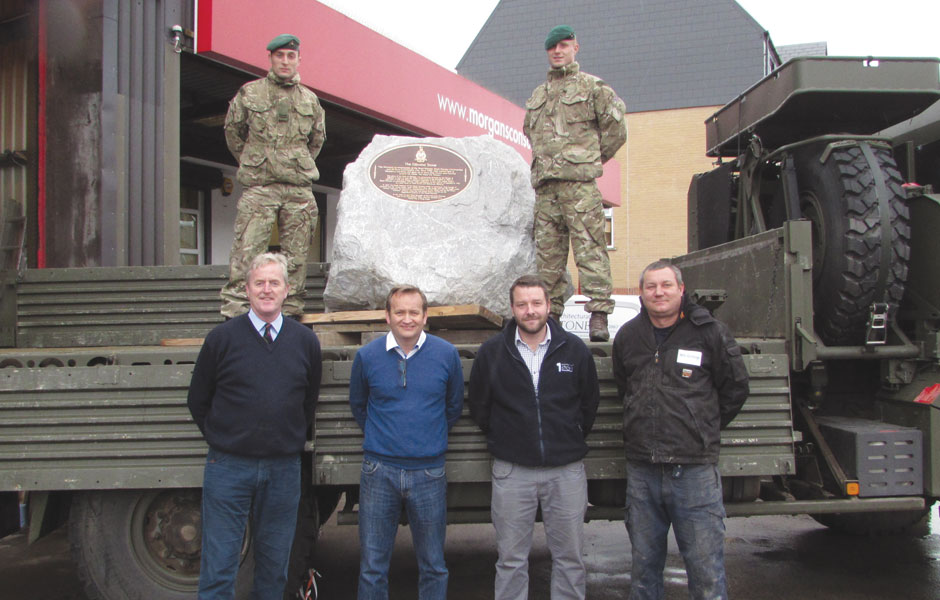 On the 6th March 2015 War Memorial Restoration Co were honoured to attend the unveiling of a new commemorative stone to mark the 350th anniversary of the Royal Marines’ founding in 1664 which was celebrated a year prior to the unveiling ceremony. The tribute – known as The Gibraltar Stone – further commemorates the 75th year that British commandos have been trained on Woodbury Common, Devon a stunning location where the monument can now be found. The exact location of the monument overlooks the site of Dalditch Camp which was used to train Royal Marines for the D-Day landing.

The Gibraltarian Government donated a large stone from the ‘Rock of Gibraltar’ to honour a valued relationship with Britain and her troops who have preserved the Royal territory since its capture alongside Dutch marines in 1704. War Memorial Restoration Co produced and inset mounted two bronze plaques into the precious stone, the larger of which commemorates the history of commando training, while the smaller plaque displays a detailed Royal Marines Crest and outlines the four components of commando spirit; Courage – Determination – Unselfishness – Cheerfulness in Adversity.

War Memorial Restoration Co. assisted members of the Commando Training Centre Royal Marines in loading the four-and-a-quarter tonne stone into military transportation before it was installed by the commandos at a ceremony attended by fellow troops, veterans, Lord Clinton and Gibraltarian MP Neil Costa – a representative of his government.