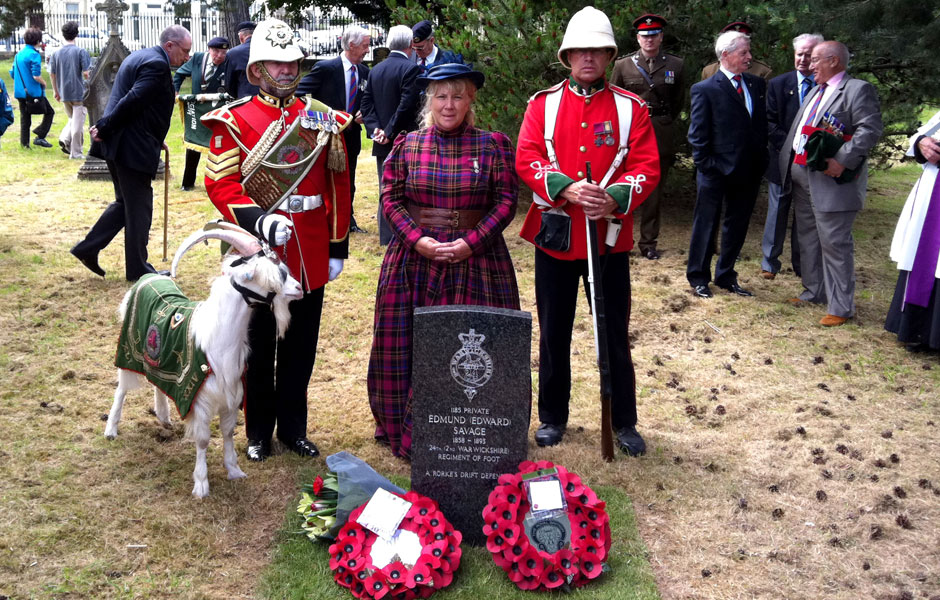 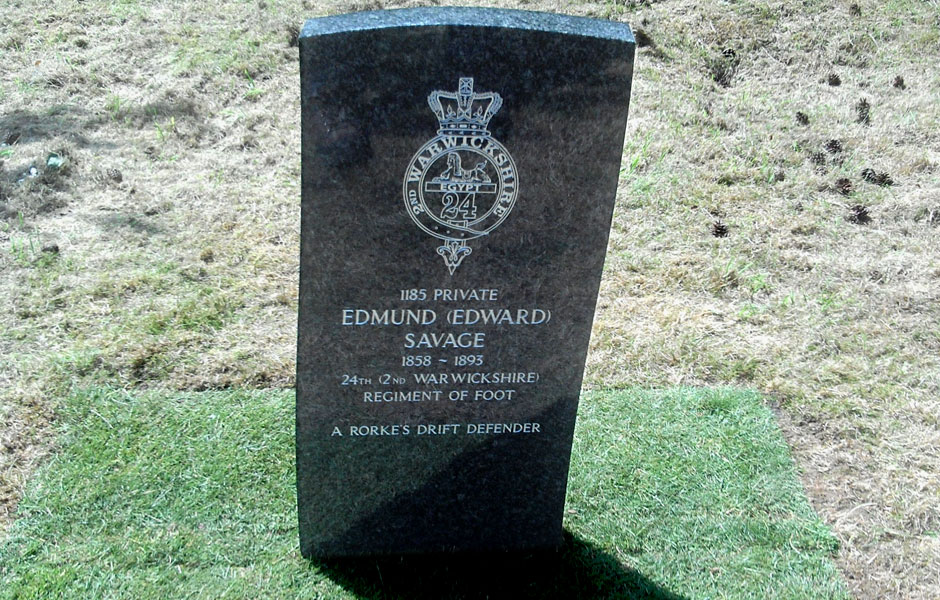 A Cwmbran man who earned the Victoria Cross for his part in the 1879 defence of Rorke’s Drift is to be honoured with a new memorial in his home town. War Memorial Restoration in conjunction with sister company, Mossfords, were proud to be selected as preferred contractor to replace the Portland stone memorial with an exact replica in Pearl white granite. Abergavenny-born John Fielding joined the 24th Regiment of Foot at the age of 20 in 1877. Two years later he was one of around 140 British troops who fought hand to hand with 4,000 Zulus. A trust set up in his name has provided funds to replace the existing memorial at his resting-place in St Michael’s Church, Llantarnam. Mr Fielding’s VC is in the name of John Williams, as he gave an alias when signing-up. The reason is unclear, although it is thought he may have been running away from home, or at least from the area. The VC citation describes how Private Williams defended two patients in a hospital ward for over an hour, before running out of ammunition. With the Zulus breaking down the door to get in, he knocked a hole through the wall into an adjacent ward, where he met up with a Private Hook. Between them, Privates Williams and Hook held at bay the Zulu advance for a further hour, while smashing holes through another three walls to evacuate eight patients to the protection of the garrison’s inner defensive ring. Speaking on the 130th anniversary of the battle, John Fielding’s great-grandson, Robert Cousins told BBC Wales: “The VC itself of course is in the South Wales Borderers’ museum in Brecon, but we still have a few mementos. “There’s a small notebook which was given to all soldiers at the time, to record events, and a letter of thanks from the Governor of Natal, who believed that the province could well have been overrun if it hadn’t been for the defence of Rorke’s Drift. “It’s a fantastic story to grow up with. I’m immensely proud to have such a tale to tell my children and grandchildren.” Incredibly John Fielding, aged 57, volunteered for service again at the outbreak of the WW1, though on this occasion he remained stationed at Brecon. The eldest of his three children was not so fortunate, dying in action during the retreat from Mons in 1914 John Fielding himself however lived to 75, before dying of heart failure in 1932. He was the last of the Rorke’s Drift VC recipients and his funeral attracted mourners to Llantarnam from all over the world. See the re-dedication & memorial photos here Photography: War Memorial Restoration Co.  Story source: BBC Wales