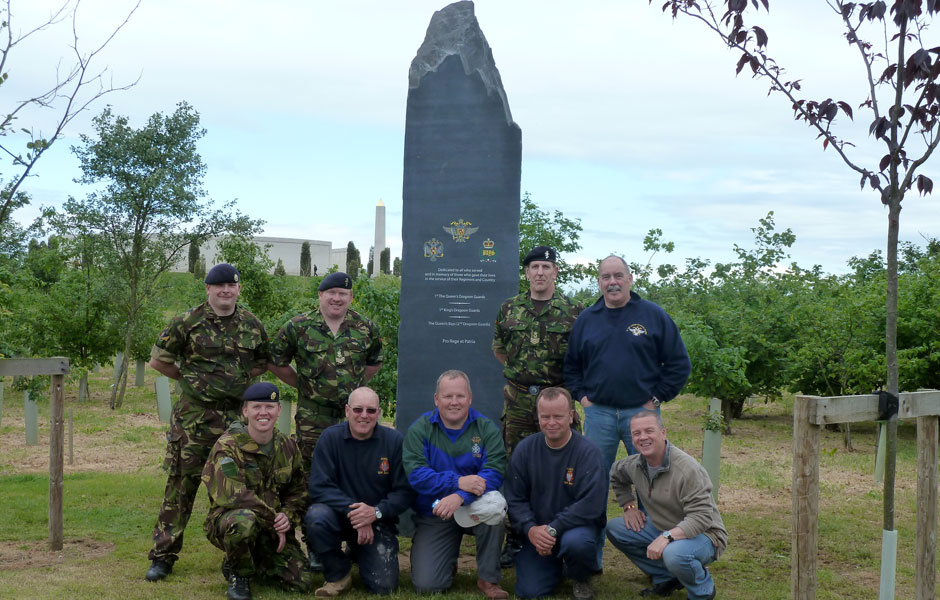 1st The Queen’s Dragoon Guards, large Welsh Slate monument designed, crafted, carved and engraved by War Memorial Restoration Co. and the Mossfords craftsmen and erected at The National Arboretum Memorial, Staffordshire. The memorial was constructed from a three ton Welsh Slate boulder sourced and transported from North Wales and delivered to Mossfords in Cardiff. Here it was cut and primed for carving, with detailed designs prepared by Mossford’s masons for inscription. The skilled craftsmen then proceeded to carve and inlay with enamels, the three emblems which represent The 1st Queen’s Dragoon Guards (QDG), 1st king’s Dragoon Guards (KDG) and The Queen’s Bays. All three regiments now fall under the QDG, which is the Cavalry Regiment of Wales and senior Regiment of the Line in the British Army. Their role is to operate ahead of main armoured formations, gathering information and engaging in close combat to defeat the enemy. View images of the memorial’s journey from shaping and engraving to it’s final home at The National Memorial Arboretum here